Chapter 4. What it is like: Fiction, Fear and Narratives of Feeling in Posttraumatic Autobiographical Novels

Jensen provides a unique comparison of serial autobiographical fictions written by Virginia Woolf, Vladimir Nabokov, Jack Kerouac and Julia Alvarez, reflecting on their use of both reality and the imagination in posttraumatic life-story telling. Focussing on the repetition of key autobiographical moments in their novels, Jensen, provides an analysis of the often conflicting viewpoints on those events presented by numerous narrating “bodies” in each of these texts: this point-of-view narrative strategy, Jensen argues, may be linked to the limbic phenomenon called “Event memory” in which a scene is constructed in memory from a particular point of view.  By similarly constructing a figurative witness who plausibly evokes the qualia of “what it was like” through a public incarnation of private suffering, these texts can be understood as counter narratives in which imaginative narration redresses old wounds, proposing an alternative story about subjectivity in the aftermath of trauma: narratives of feeling.

You can read a preview of Chapter 4: HERE 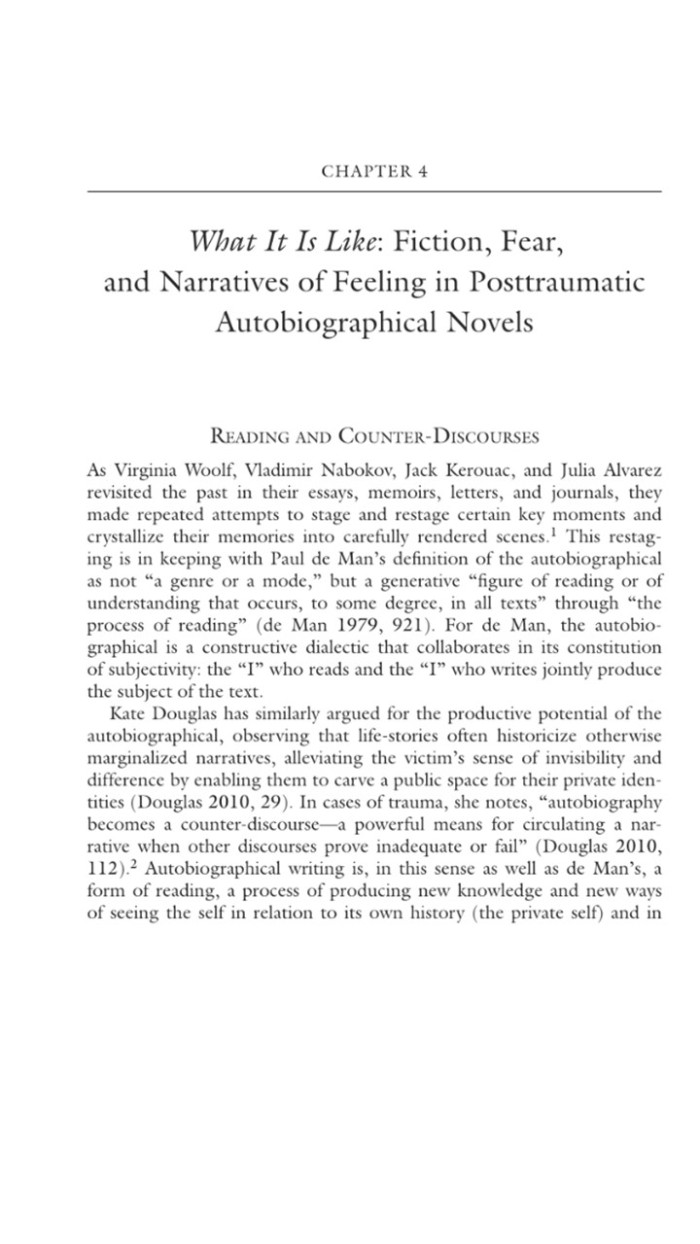 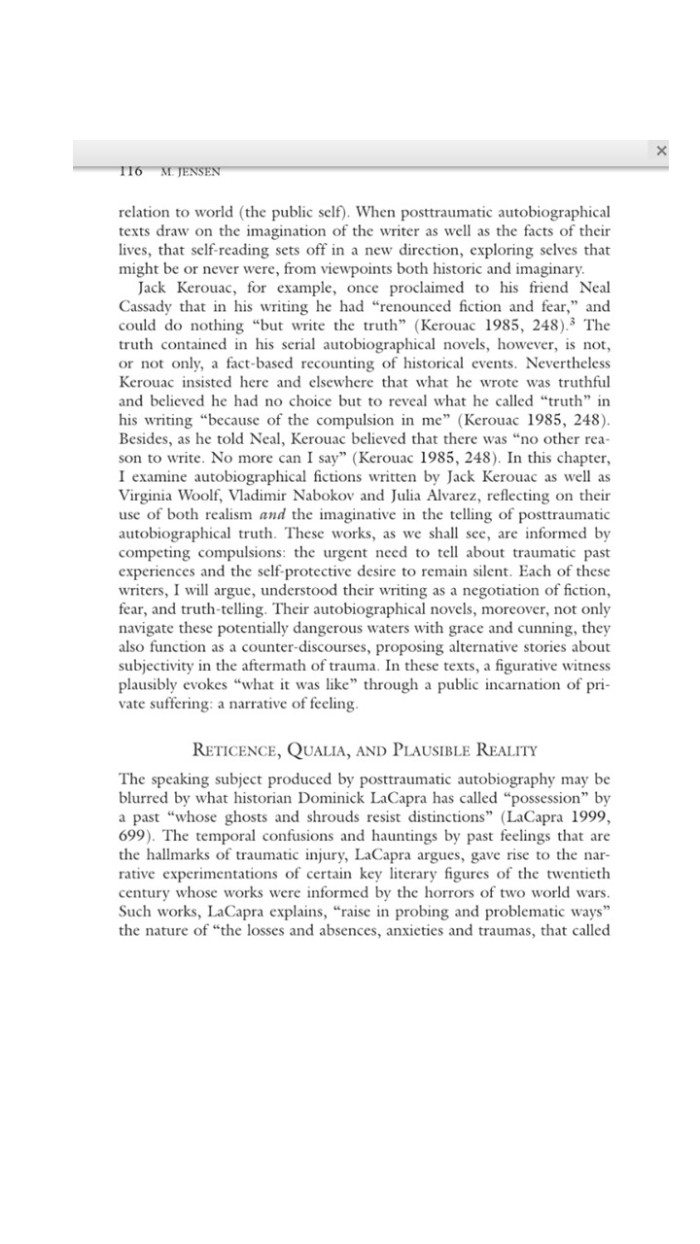